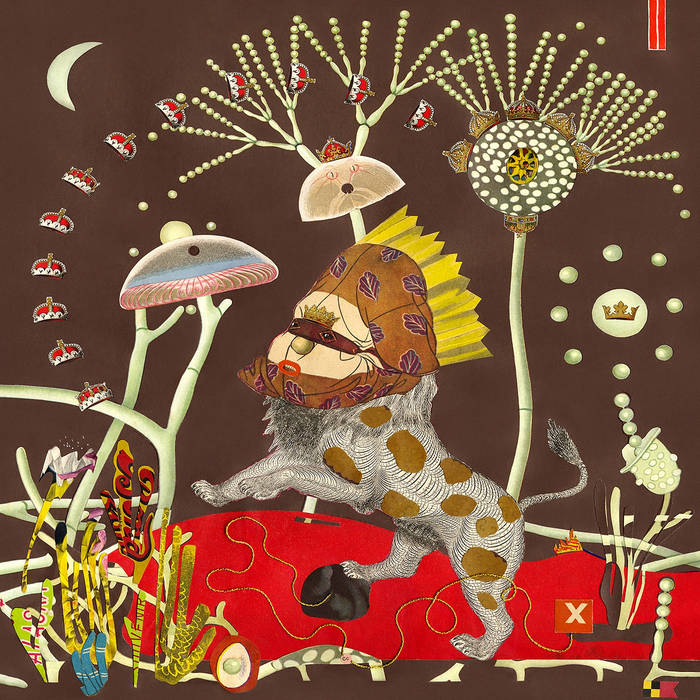 Thomas Linardos Insanely good band that I wish everyone could have the pleasure of seeing live Favorite track: Frontline.

TONE HUNTS this album is fantastic 🔥🔥🔥🙌🏿

eric_'95_'til_∞ Live instrumentation of Funk, Jazz, Soul, Raps, ... a recipe for a good time when you feel like getting down. Don't sleep on this one. Favorite track: #KingButch.
more...

I Am The One Man Gang

#KingButch—hashtag proudly attached—is the title of Butcher Brown’s soon-to-be top-trending album, the eighth in the band’s up-from-the-roots legacy, and their first with Concord Records, on the Concord Jazz imprint. The 13 tracks collectively represent a bold step forward for the 5-piece group from Richmond, Virginia. Remaining true to the group’s heady fusion of contemporary hip-hop, ‘70s fusion, ‘60s jazz and funk—even echoes of Southern rock and marching band music show up—#KingButch is a powerfully original statement that reaches across divisions of genre, generation, ethnicity, and geography. Significantly, the new recording also reveals a side of Butcher Brown that’s been developing and is now in full-flower: a song-crafting, studio maturity on a par with their national reputation as an explosive live act.

Track by track, the musical menagerie on #KingButch is a balance of stylistic flavors—polished and raw, urban and country, North and South—offering a fluid, feel-good sonic journey: from the party-starting, neo-soul lope of the opening track “Fonkadelica”, and the exuberant, horn-driven energy (serious EWF echoes!) of “Cabbage (DFC)”; to the hypnotic, guitar-driven groove of “Broad Rock”; the ethereal cover of Ronnie Laws’ “Tidal Wave”, fusing it with flavors from Black Moon’s 1993 classic “Who Got Da Props” which sampled it; and the soaring, skipping-through-clouds feel of “Love Lock”, reviving a 1978 Mtume tune with a melodic line that stays for days. There are the album’s four tunes highlighting Tennishu’s rhymes and flow: the relaxed, acid-jazz vibe of the title track; the skillful, free-styling “Hopscotch”; and the bossa nova-flavored “Gum In My Mouth”. “For The City” offers a taste of South Coast hip-hop flavor, and features RVA rapper Fly Anakin.

#KingButch is a direct outgrowth of Butcher Brown’s burgeoning popularity, building since the group’s first homegrown releases in 2013. Many of the songs were born on the road during a busy two-year period, when they shared the stage with such jazz, funk, and jam-band favorites as Kamasi Washington, Galactic, Turkuaz, and Lettuce. “We did so many tours from 2017 through most of 2019,” Corey Fonville says. “We were working on much of this material, working it out every night like an open rehearsal, developing a set list and sharpening these songs until it just felt natural once we got into the studio.”

Butcher Brown settled into Jellowstone studio last October with Harrison engineering and Chris Dunn producing, setting their sights on creating a new level of experience for their fans. “All the guys in Butcher Brown are great players but also can think like producers,” says Chris Dunn. “For a few tracks, they brought in music from their live shows, some that were more than twelve minutes long. We discussed what the recipe should be, and they jumped right in trimming, shaping, adding, and finally fashioning a blend of rawness and lo-fi sophistication that was all their own. Watching it come together track by track, I believe #KingButch opens up an exciting new chapter for the band creatively.”

Two weeks was the longest the group has devoted to a single recording project. “We were all in the room together, no other dates to get to, no other distractions,” says Harrison. “Some days we went from 11 to 7, some it was 12 noon until super late at night but nothing else. It was like the whole Quincy Jones-Bruce Swedien Michael Jackson team aspect.”

Harrison’s familiarity with the recording team behind Thriller suggests his—and Butcher Brown’s—fluency with the musical tradition they are carrying forward, and their appreciation for the production and engineering side of their craft. The group’s decision—and Concord’s—to release #KingButch in the midst of the current pandemic was not one they made lightly, but with the conscious intention of sharing a needed spark of joy and connection. “It’s a time now when people need to be uplifted, they need to hear new music,” says Chris Dunn. “Of course we were worried about releasing an album without the chance to tour, especially with a live band like Butcher Brown, but we said, no—we can’t wait. This music has to come out.”

#KingButch will be released in full on September 18, with a number of single tracks dropping before then, as part of the Butcher Brown’s mission to share the music and their message.


Butcher Brown—described by those who know

Butcher Brown is a once-in-a-generation band. Imagine if Jimi Hendrix’s Band of Gypsys had heard Biggie Smalls, D’Angelo, JDilla, and could hold their own sitting in with John Coltrane. Each player in the unit is a killer, and this squad is positioned to be one of the greatest bands of our era. Mark my words. —Christian Scott Atunde Adjuah

In an era when most kats their age are playing odd-meters and trying to obscure the “one” in an attempt to be hip, Butcher Brown affirms soulful and funky ain’t out of style. —Nicholas Payton

I love this band because they play together. You can really hear the camaraderie in the music. —Charlie Hunter

Butcher Brown is one of the really exciting groups on the scene right now. We toured together and they sounded amazing every night! —Kamasi Washington

Bandcamp Daily  your guide to the world of Bandcamp